Oxford: Lows levels of deuterium in drinking water reduce the incidence of depression in people and increase resistance to stress in experimental mice.

The work of an international team of scientists studied the relationship between the deuterium content in water and depression both in people on an epidemiological level and animals (mice) using a model of chronic stress.

It is known that environmental factors can significantly influence the spread of diseases, including neurophysiological disorders, such as depression. The work included a correlation analysis between the level of depression in various regions of the USA and the deuterium content in  tap water. A geographic correlation was established between the deuterium content in drinking water and the prevalence of depression in the USA. 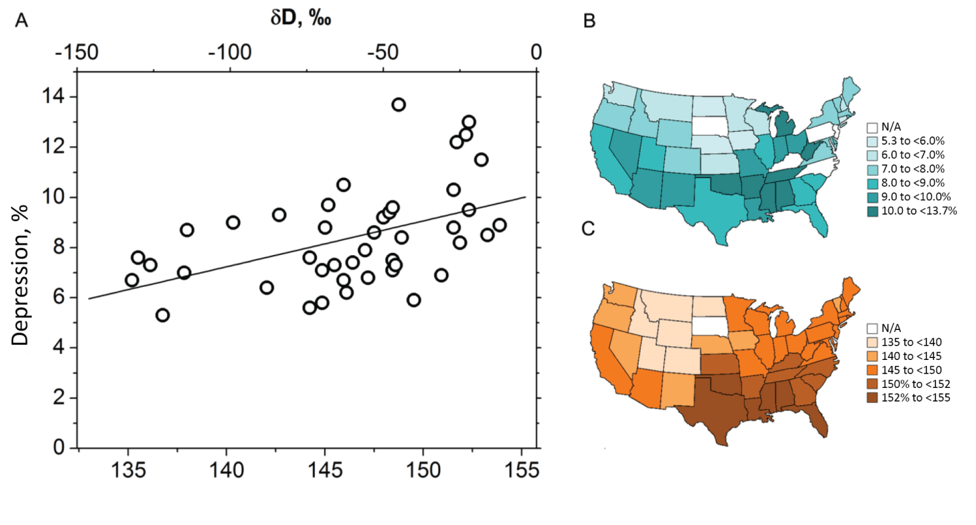 The incidence of depression and the content of deuterium in tap water (A), (B) The incidence of depression in adults over ≥18 years for each US state [Centers for Disease Control and Prevention, Overview of mental disorders in adults in the United States. MMWR 2011;60 (Suppl):1–30]. (C) The geographic variability of the average content of deuterium in tap water in the continental USA, studied on the basis of samples of water collected in each US state in 2004–2013.

Tests in mice have shown that replacement of ordinary drinking water with deuterium depleted water (light water), prevents behavioral, transcriptional, proliferative and external changes that are typical for depressive state, which was comparable to the results of taking well-known  antidepressants, such as citalopram.

For instance, mice who received light water proved to be by almost 30% more resistant to the predator stress, as compared to the control group (light water). 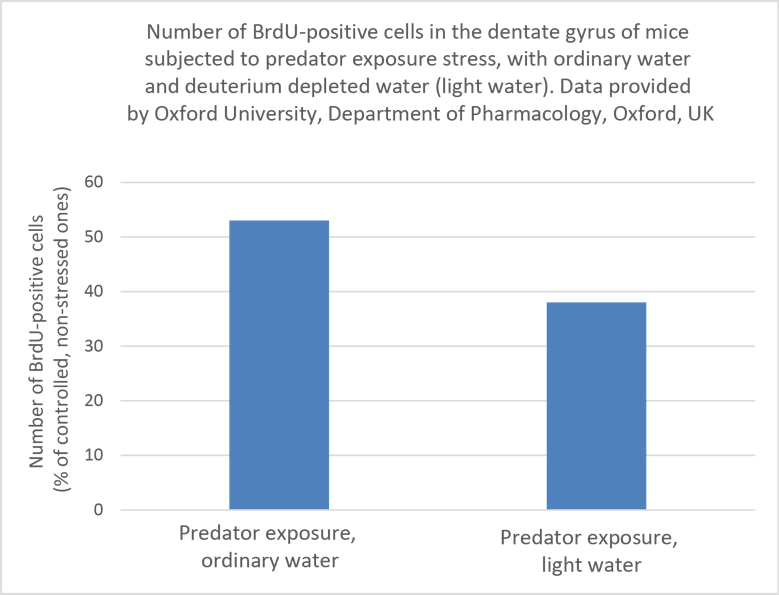 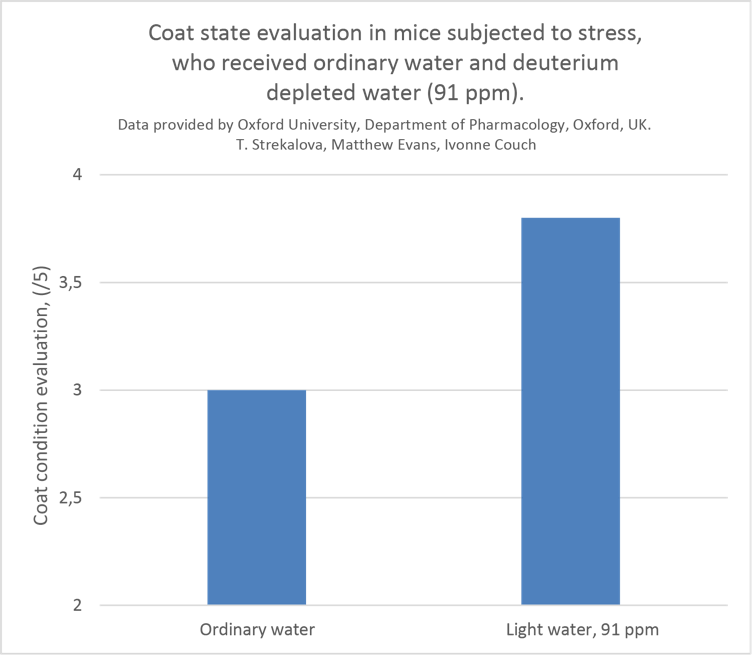